2008-It was founded by a gangster and criminal RehmanDakait in 2008.
2009- After the death of Rehman Dakait in 2009, Uzair Baloch took over as the leader of PAC, who is a stern follower of tribal traditions. They are in conflict with political parties especially PPP representatives and Mutahida Quomi Movement MQM

[9]. PAC was banned in 2011according to Sindh home department notification under clause (11/B) of Anti-terrorism Act 1997. Due to their status as a banned organization they are unable to carry on their political and social activities [10].

Its apparent message is to safeguard the rights of Balochs residing in different areas of Karachi.

Organization engages/ traps jobless and mostly uneducated youngsters of their area. Small groups recruit their students with the permission of their head of the organization.

TCommunity of Lyari is mostly poor and not well educated. Therefore instead of using literature like militant/terrorist organization PAC engages youngsters by offering them:
 Money
 Bikes
 Mobile phones and
 Promises of a lavish life style etc.
 Gangsters usually attract youngsters with thrilling activities and things like weapons and violent acts etc.
They have presence on social media (Facebook pages and groups) and a website. On one of their Facebookpages (UzairBaluch’s official page) a number of posts and links of Sipah-e Sahaba Pakistan have been shared, which are extremely anti-Shiite
Facebook page 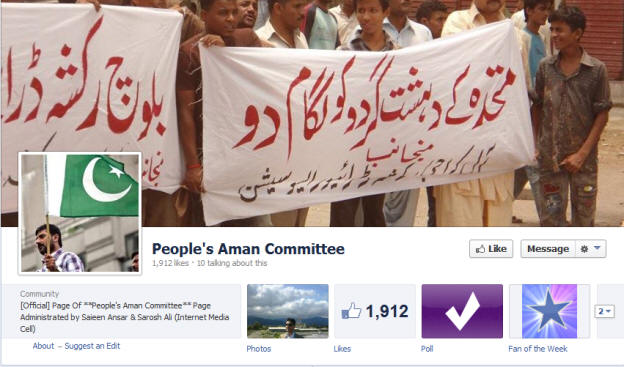 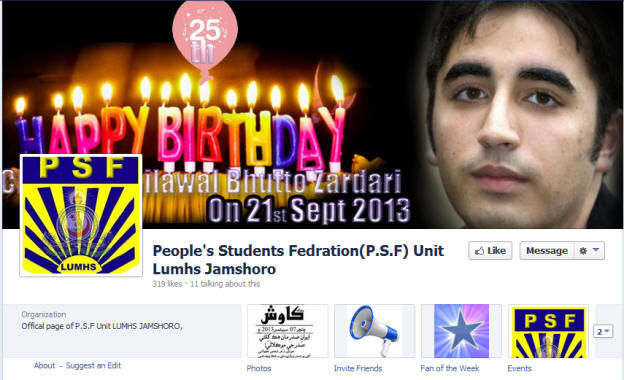